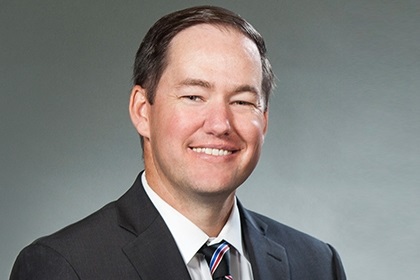 Rushton partner Nick Bruner was recently honored as the Gainesville Jaycees Young Man of the Year.

Bruner, who joined Rushton in 2005, was honored for his unselfish volunteer efforts and civic service to the community.

“I am totally shocked and very honored by this,” Bruner said when presented the award at the Gainesville Jaycees annual Young Man and Young Woman of the Year dinner. “(At Rushton) we are encouraged to be involved in the community. It’s important.”

Bruner became a board member of the Gainesville Jaycees in 2010 and was president in 2016. He currently volunteers as treasurer for Elachee Nature Science Center’s board of directors. Bruner previously served on Junior Achievement of Georgia and United Way of Hall County boards.

“He’s not just on boards, he really digs in and puts his all into whatever he does,” said last year’s winner Phil Bonelli who presented Bruner the award.